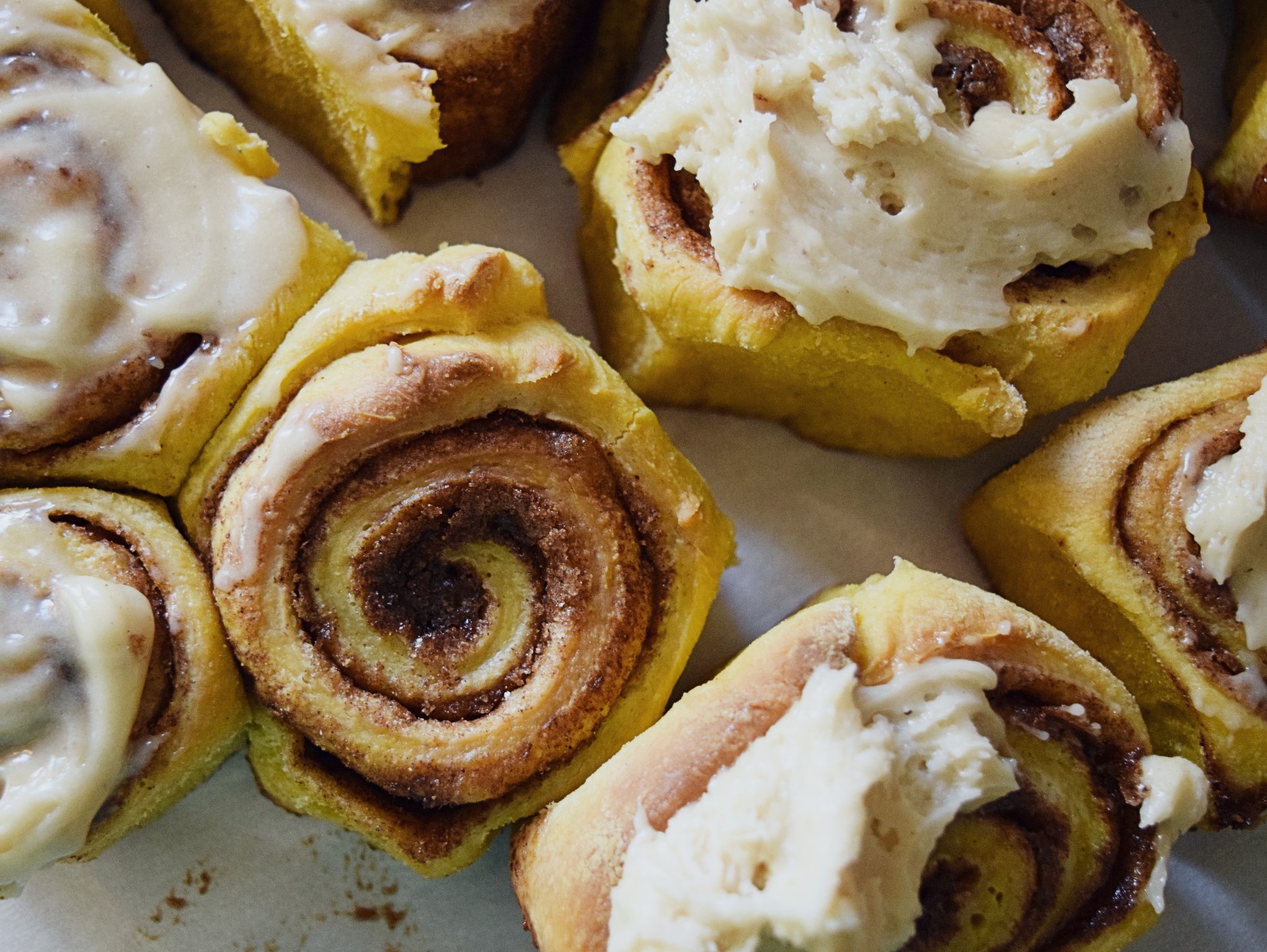 When the perfect cinnamon roll comes along, you don’t mess with it, right? Wrong! For a celebration of all the delicious fall spices and the official vegetable of October, we all need a little pumpkin spice in our weekend brunch go-to! Enter: Pumpkin Spice Cinnamon Rolls with Brown-Butter Icing.

Divinely rich and tender, these brioche-based rolls contain real pumpkin, lending a lovely tinge of fall color along with that unmistakable flavor. Instead of mere cinnamon in our swirl we’ll use a mixture of pumpkin pie spice, vanilla bean, and brown sugar. Pressed into softened butter slathered over the brioche dough, this combo creates the stickiest, gooiest filling you’ve ever eaten! One note, in my recipe I’ve used pumpkin pie spice instead of separate ginger, nutmeg, etc. I like to make my own (find the recipe here) because I can control the exact flavor blend I’m looking for. But if you already have store-bought pumpkin pie spice there’s no shame in using what you have. Keep it simple!

Lay it on Thick

And let’s talk about this icing. I’ve adapted the brown-butter cream cheese icing from the lovely Tieghan Gerard’s frosting recipe in her book Half-Baked Harvest. It is seriously to die for! I’ve tweaked it to make it my own (as I hope you do with my recipes here at Giles South!) and now the new icing recipe is perfect for these pumpkin spice cinnamon rolls. One thing you absolutely must do: brown the butter! I know it takes a little extra time for this step, and then a little more to let the butter cool, but the toasty caramel flavor that browning adds is deeply worth it!

Time to Get Cooking

So if you’re staying in for a lazy fall Saturday morning or feel like baking up a cozy dessert that makes the house smell heavenly, this is your recipe! When you make your pumpkin spice cinnamon rolls tag me on Instagram @giles_south to show me your creation! Want to do a whole cozy baking binge? Then go check out my Bananas Foster Upside Down Cake, Southern Red Velvet Cake, or Apple Cider Donuts!

Have fun slowing down and taking time to make something from-scratch-delicious! 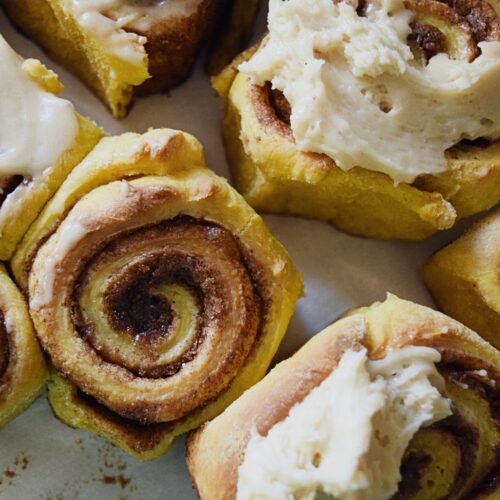